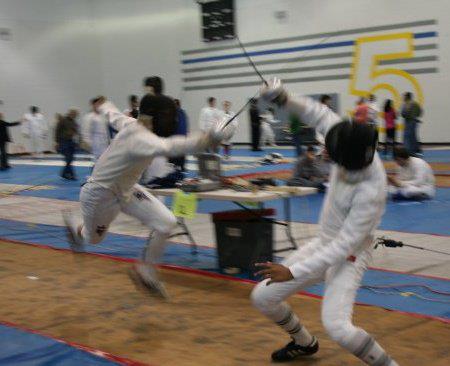 The day Hurricane Sandy made landfall, I was involved in an accident that knocked me unconscious. Hours before the hurricane struck, I went to move my car away from a tree. En route back to my apartment, the forces of wind and gravity played their part, and a 15-20 pound tree branch struck me in the head. When I awoke, I was in George Washington University Hospital, unaware of how I got there and completely discombobulated.

“No fencing for a month,” they said. Naturally, the warrior in me disregarded their medical advice, and I was in Virginia Beach fencing in the NAC one week later (we took Gold in Senior Men’s Epee Team, so that was cool).

Little cracks began to escalate. A college teammate I was rooming with handed me a key. Nearly one minute later I asked him where the keys were.

“In your pocket dude. Just handed it to you.”

I checked. Sure enough, it was there.

Time went on, I never rested, and the effects of the concussion began to catch up. Small children would attack me, and I couldn’t do as much as parry their blade until seconds after they hit me. I felt slow on my feet, and I had no depth perception to assess the juxtaposition of my opponents. I was turning into Forrest Lehfeldt.

My follow-up neurologist appointment confirmed my fears. I was indeed far behind recovery due to my stubbornness and was told to avoid Fencing until January.

Injuries are a pain, to say the least, and for people like me, I have spent my life shrugging them off as minor inconveniences. Unfortunately, when it comes to the brain, these are the kinds of things we cannot ignore.

While I could wallow in self-pity, I intend to take this injury and consider it an opportunity to improve my fencing. As fencers, we often learn so many complex actions, that as time goes on that we forget about the most basic fundamentals of the game. Because I am prevented from physical contact, I have devised the following regimen to “relearn Fencing,” which I will share with you. I have been doing this 2-3 times per week:

Footwork (All done with blade in hand)

This is a good routine for refocusing on fundamentals, and I hope to come back in January rested and stronger and ready to compete again. Thank you all for reading.