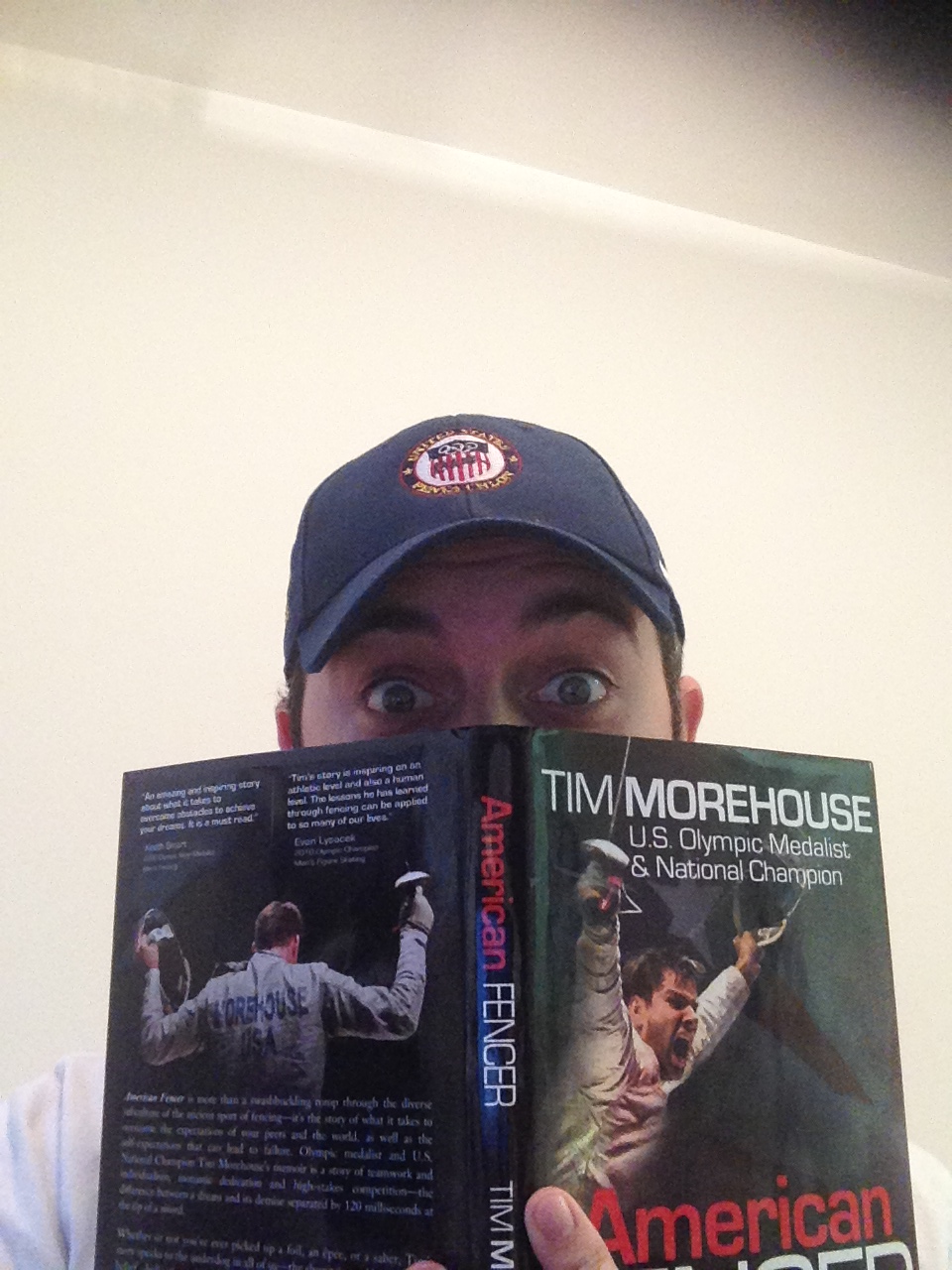 This is a new weekly mailbag I will begin addressing on the blog. People from fencing.net and other sources have submitted questions about fencing, life, and other AJ McCarron’s girlfriend. I will be answering these on the blog!

Danger Mouse: First I want to thank you for bringing your knowledge to the internet like this. There is very little out there in terms of resources like your blog.

What I’d like to ask you is probably not what you were envisioning when you came up with this idea.

I have worked with a lot of high level coaches and have a fair amount of experience both coaching and teaching in a classroom, however I have very little formal training coaching training. I have had feedback from Michael Marx at a coaching seminar that the way I construct and give lessons is good and I feel comfortable that I can teach students of just about any level something useful.

Where I am struggling is with how to approach putting together a long term (multiple year) structure where I can consistently develop students from beginner to advanced. So, my question is, how do you approach this task? Are there specific concepts that you view as foundational that need to be taught early to build on?

Damien Lehfeldt: Danger Mouse, I’m glad you’re enjoying the blog so far, and I’m envious you’ve gotten to work with someone like Marx at a coaching seminar. I’m going to try to answer this as best I can.

I’ve never thought of coaching in terms of iterative levels like beginner to advanced. The most important thing I have taught my students in the past is footwork. I believe in the Hungarian idea that a student should not be picking up a weapon until he has attained an unquestioned level of mastery with his feet. It’s not fun for the fencer in the beginning to be inundated with fundamentals, but this is the process of planting the seeds for an excellent fencer in the long run.

Once a student has mastered proper footwork fundamentals and foot position, I think the next most important component of a fencer’s game is his extension, emphasizing a loose shoulder. My coach in Florida, Mario Jelev’s central component of his coaching was proper extension to set up a righteous touch. Loose shoulder, and following the tip with clean, seamless disengages when necessary. I suppose these two components, in my mind are what makes a solid beginner fencer.

As your fencers progress, you want to begin incorporating foundational preparations and bladework.  6 to 8, changing lines as preparation/invitation, mastery of smart distance, mastery of basic parries (4, 6, 8), remises, and maybe even throwing in the fleche as an action.

And let’s say…3 years after the blade is picked up for the first time (or less depending on the progress of the fencer) you want to be conducting lessons practically without telling the fencer what to do. Showing them lines, having them read and react, etc. I fondly remember lessons in which I would do fleches with a jumping behind the head shot with infighting when my coach took preme…

Hope that answers your question.

BigDaddy: In your opinion should the lunge in the disengage occur during the lunge, meaning before the front foot hits the floor or before the lunge. I’ve seen both but I’d like your opinion. I’ve seen your website and I think you have some great ideas.

Damien Lehfeldt: The answer is: there is no answer! The disengage can happen during your preparation, or at the last second before you finish a lunge. Suppose in your preparatory actions your opponent is reacting in 6 over and over again. This is a good opportunity to start a lunge and then right as their 6 is being taken to disengage in the low line. Or, suppose you are facing an opponent with very strong blade work. Attacking them with a one tempo action is going to result in punishment, thus, disengages around them BEFORE the lunge, changing lines will confuse them regarding the line you ultimately finish your action in.

In terms of technique with disengages: keep them small, tight, and around the bellguard for maximum effectiveness in your attack.

Lingo5000: I’ve been interested in fencing for a while. Now, I’ve decided to actually try it out. My mom signed me up for an adult Taste of Fencing course (12 years old and up) at our local Fencing Academy. I’m fourteen right now, and I wondered if it was too late to start competitively.

Damien Lehfeldt: No. Not too late at all. Tim Morehouse started at 14 years old. He won an Olympic Silver medal and finished top 8 in London 2012. Jon Tiomkin, a former Olympian in foil started when he was in college. And for me, I fenced from when I was 8-11 years old then stopped til I was 16. Never too late to join the sport. It’s not the size of the dog in the fight. It’s the size of the fight in the dog.

Fei Rodell: What’s the best way to calm down during a bout?

Damien Lehfeldt: In my interview with Sergei Golubitsky, he said to calm oneself, one should:

For me, depending on the bout I’m going to fence, I like to listen to music to set the mood. If I know it’s going to be a fast paced bout, I’ll throw on some Metallica. If it’s a bout that will require 9 minutes of fencing and lots of patience, I will put on a Beethoven piano sonata. To each his own, I guess. And as a general note– keep in mind that fencing is a game. A sport. So long as your family and friends are healthy and well, there is no need to stress over something as trivial as a sport!