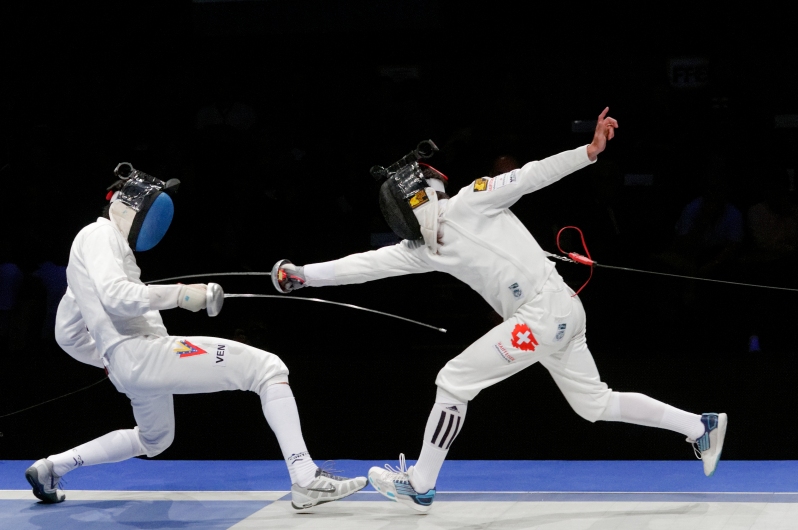 This excerpt was brought to my attention by reddit user /u/notinsanescientist. It is from Imre Vass’s book Epee Fencing: a Complete System:

“Fencing is like a language. Just like someone trying to listen to a rapid conversation in a foreign tongue, only occasionally can a non-fencer or casual spectator recognize how the individual actions of the fencers are related to one another. And just as, once we grasp the meaning of a sentence, we tend to forget its precise words, so, for the spectator whose eye has registered that a touch has scored, the movements preceding the hit proper tend to dissolve into each other; losing their individual importance. It must be borne in mind, however, that the hit itself is neither more nor less than the period, ending a sentence that has both content and style. The essence and content of fencing are to be found in the stages prior to the hit. These progressive stages shape the bout. Two opponents try to convince one another of their superior knowledge, skill, physical ability and will-power, seeking to display that superiority within the framework of the rules and in language and form that, for expert observers, is both intelligible and convincing.

If fencing as a whole is viewed from this angle, the individual elements making up an action are like words. These words can only result in continuous and fluent expression if the competitor is not only familar with the sense and nuance of meaning associated with each of them, but also capable of linking them grammatically. Furthermore, he must find a form that enables him to sustain continuous conversation on a high level when so required. He must be able to use the elements to argue, find a solution to problems, and deliver a riposte to views raised by others. It is the fencer with the more compelling arguments that will leave the piste with his debate won.”

You can purchase Vass’s book on Amazon, here.